Get fresh music recommendations delivered to your inbox every Friday.
We've updated our Terms of Use. You can review the changes here.

by Agents of Venus 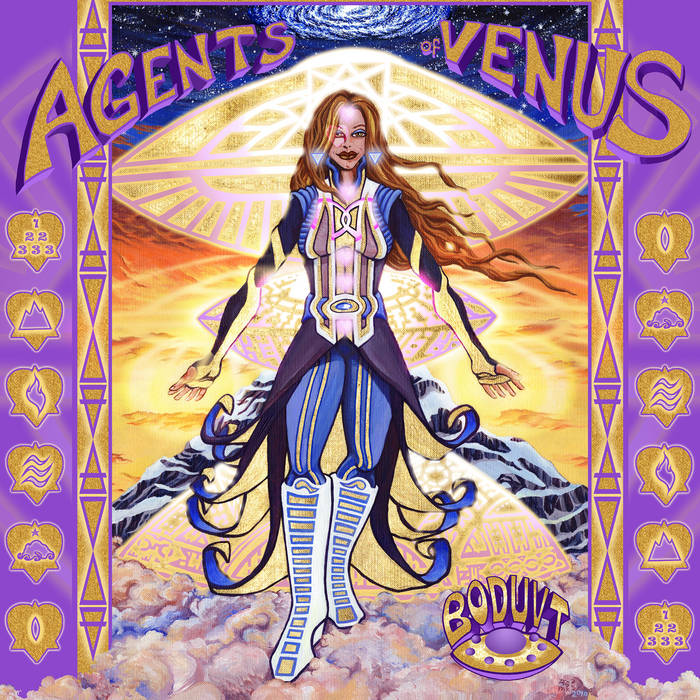 Agents of Venus "Boduvt" was written, produced and performed 2010 by Allen Towbin and Phil Ristaino.

Mixed and mastered by Allen Towbin at Maze Studios NYC.

AoV's hyper-melodic masterpieces are piped in from deep space with the blessings of the Sun Eve, inventing psychedelic lust- letters to the Goddess of Love herself. Songwriters Allen Towbin (aka Agent 333, vocals, guitars, bass, keys) and Phil Ristaino (aka Artron Avalon, vocals, raps, lyrics, art) bloom purple coated sunflowers of sound down your noise-holes and into your hearts and minds! ... more

Bandcamp Daily  your guide to the world of Bandcamp